These days there are a lot of options when it comes to chilling your bourbon (and drinks in general). Today we’ll walk you through some of the different options like how to order your bourbon and the many different styles of ice cubes.

Neat, straight up, and on the rocks are still the standards. Neat means without ice. Typically a bartender would serve it in an old fashioned glass. Neat is also how most distilleries on the Bourbon Trail serve their bourbon for tasting. It definitely takes some getting used to if you’re like me and like your bourbon chilled.

Straight up means chilled but without ice in it. This is similar to how a martini is served. This is becoming trendier for drinks beyond martinis as bartenders get increasingly creative with their drink list. It’s also a very classic way of serving drinks.

And then there is on the rocks, which is what we are all most used to when it comes to sipping bourbon. Just some ice with bourbon poured over it.

Now, these days there are a ton of ice options. There’s your old standby of standard ice out of the refrigerator or ice maker. I tend to prefer this if I’m mixing my bourbon. The ice melts quickly, especially on a hot day, which waters down the bourbon.

So when I’m sipping bourbon I generally use a large ice cube from molds that I’ve purchased from Williams-Sonoma and Sur La Table. There are a ton of ice mold options out there. These are very common in restaurants now too. Some restaurants I’ve visited have even installed ice makers that make larger ice cubes (there’s a Japanese ice maker that makes ice cubes that are larger than the normal squares an ice machine makes but smaller than the large square mold ice cubes). 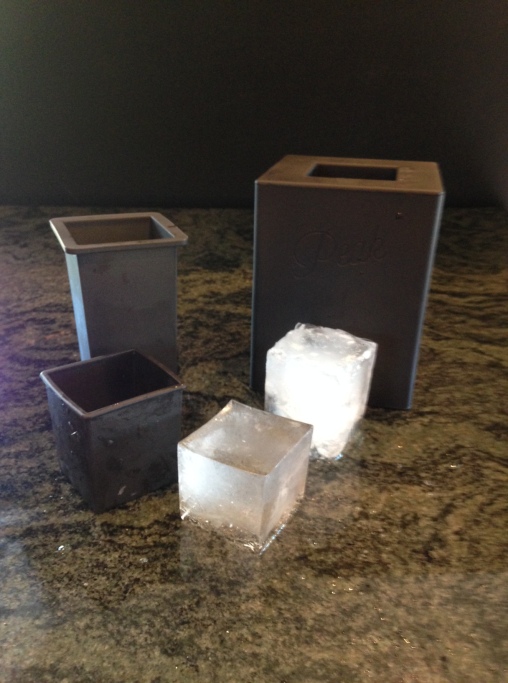 You can purchase ice molds in all sorts of shapes and sizes. I have a bunch of large square molds, and some round ice molds made by Tovolo – they seem to make the best ones (found in stores all over the place). I even have a tray to make Purdue P ice cubes! 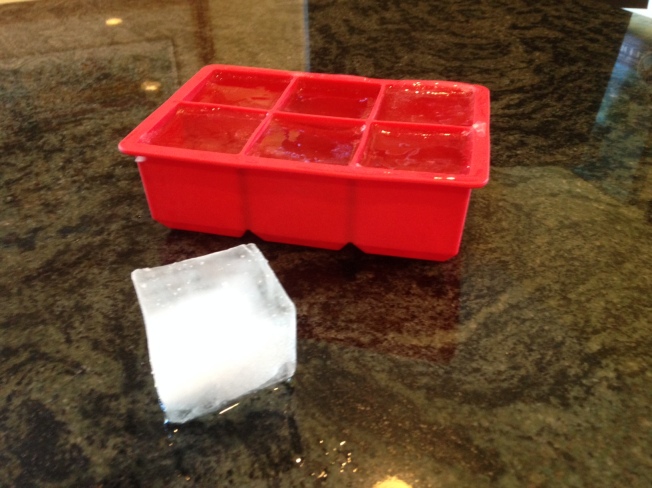 For those who want chilled bourbon with no added water whatsoever there are whiskey stones. Whiskey stones are just that, small pieces of stone made in all sorts of shapes, but usually small squares. Most of them are made from Granite. Granite is very hard and dense. It doesn’t absorb liquid and also retains temperature very well. There are also metal stones with a coolant inside which freezes. This is a way to chill your bourbon without watering it down at all. Admittedly I don’t use my whiskey stones very often. I prefer the large ice cube option – chills the bourbon and dilutes just a bit as you get to the end of the glass. 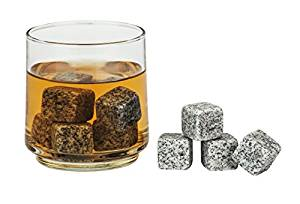 If you read the tasting notes of many of the bourbons being released today they suggest you serve the bourbon slightly chilled. How you achieve that is really up to personal preference! Right now, I think by a fire is the best way!