Last weekend, we drove down to San Diego for a Padres game with our good friends Ray and Jeannine, who own Highland Valley Vineyards (they make some incredible red wines at HVV, and well worth a Sunday afternoon to visit their vineyard). They promised that after the game we would stop in the Whiskey House in San Diego. I knew it was going to be a killer experience when I looked in the door and all the walls were covered with lighted shelves and whiskey, after whiskey, after whiskey! 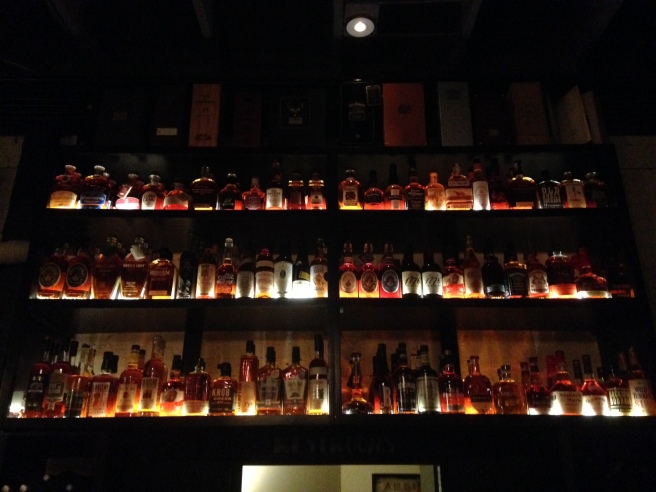 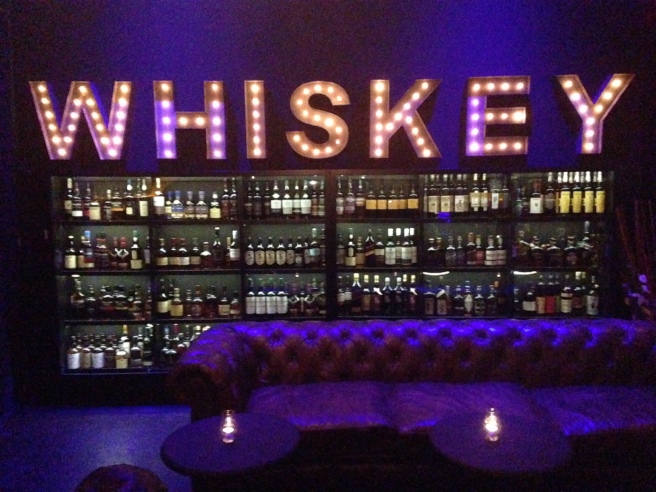 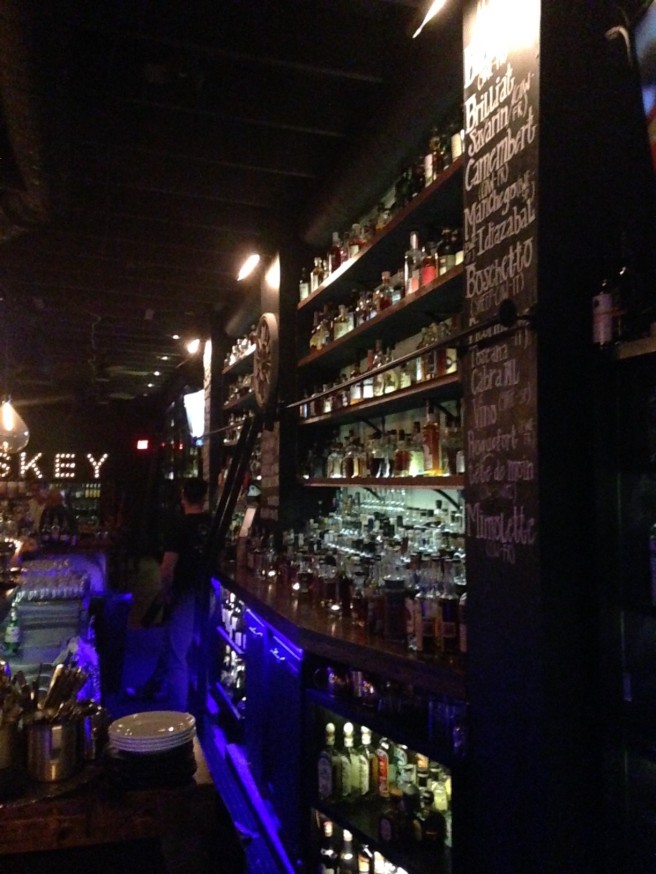 They had so many whiskeys I was in awe. They claim to have over 1,400 whiskeys, and I am not going to dispute that claim. WOW I was in “Bourbon Heaven.” Lynn, Jeannine, and Ray had ordered craft cocktails and they were all good. Lynn had an Old Fashioned, and Jeannine a Manhattan. I was just memorized by the list; I had to try bourbon that I had not experienced previously.   The list is huge! Many seemed very reasonable but $299 for a pour of Pappy seemed a little steep. 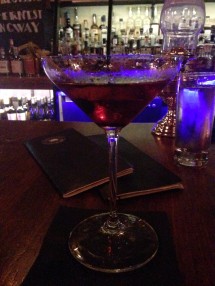 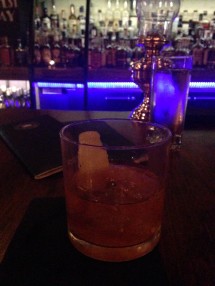 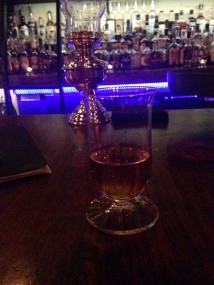 By the time we got there after a long but successful Padres game the clock was about to turn to AM so we did not try any food but it looked really good. This will be a regular stop for me when in San Diego. The atmosphere is very dark, warm, and inviting. There are is kinds of seating from bar stools, tables, to sofas so you can enjoy your favorite spirit in a relaxed environment.

The next day we took in the races at Del Mar and on Saturday we saw California Chrome win the Pacific Classic. What a great weekend of baseball, whiskey, wineries, horses and good friends. When in San Diego you must put this on your to-do list!

Growing up in Jeffersonville, Indiana my parents would go to Huber’s Farm to pick peaches. When Lynn and I would go back to Indiana to visit my parents they would take us, and later our kids, to Huber’s for the farm experience. I received a package in the mail this week from my college roommate, Jeff, and his wife Sandy. It was a bottle of Starlight Distillery’s Carl T Bourbon. Yes, bourbon can come from Indiana. (If you thought that was a misprint then you didn’t read my blog a couple weeks ago about bourbon and what makes it “bourbon.”) This bourbon is from Borden, Indiana.

So what do peaches have to do with this? Starlight Distillery’s Carl T Bourbon is appropriately named after the grandfather of 6th generation co-owners Greg and Ted Huber. The Huber’s felt it only fitting to title this signature blend after their 4th generation grandfather “Carl T” who had a love for bourbon. 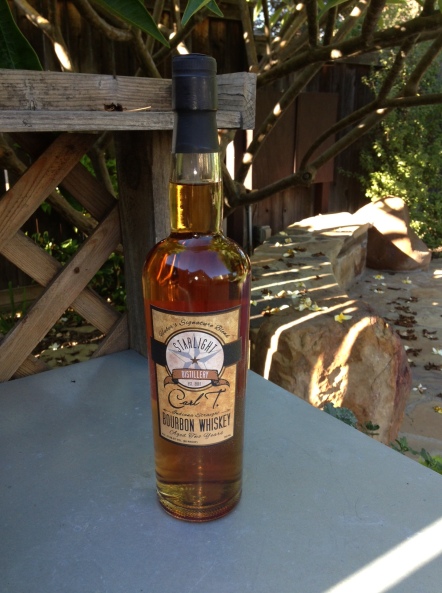 This signature blend of bourbon is comprised of 58% corn, 27% rye, and 15% malted barley. Distilled in Huber’s 80 gallon copper pot still from Germany and then transferred to 53 gallon charred, American White Oak barrels from three different cooperage companies and four different barrel styles, continue to add quality and complexity to this signature blend.

They have been offering their Bourbon for a couple of years now. It has been aged for 2 years and is bottled at 95 proof. The color is a light amber. This is a result of the bourbon only being in the barrel for 2 years. I bought a bottle of the “Port Finished 1792” this week. When you set them side by side the 1792 is a deep mahogany color as a result of more aging and the Port barrel finishing.

This bourbon could use a little more time in the barrel. Upon opening the bottle you immediately get the aroma of a higher proof bourbon. The first sip had some bite and it opened up as is sat a while. For me it is not a sipping bourbon but everyone’s taste is different. I tried it a second time with one small ice cube and it opened up more. Give it a try, however it may be hard to find unless you are in Indiana. If you are near Borden stop by for a tour and a bottle. 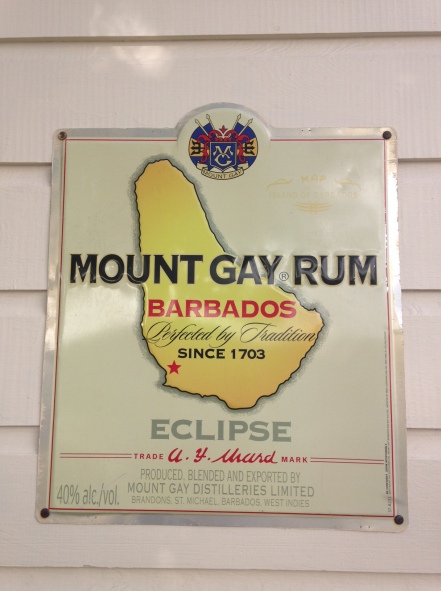 There are three tours to choose from: their Signature Rum Tour, the Interactive Cocktail Tour, and Bajan Buffet Lunch Tour. We decided to just take the Signature tour. It was most informative, you saw a short film, and did a lot of tasting. 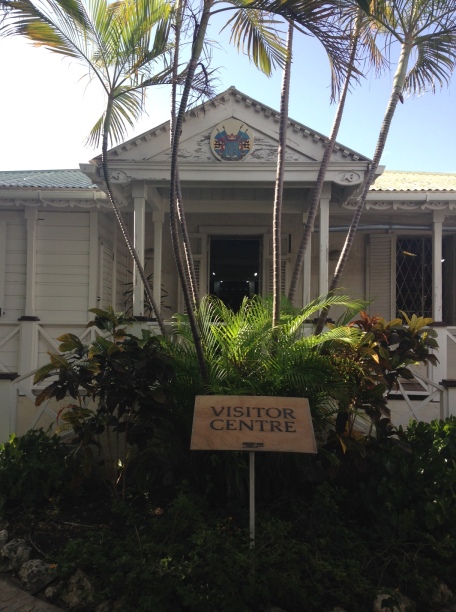 On the tour you get to try everything but the 1703. Rum, like whiskey, is affected by the time in the barrel. That was something the English learned as they shipped it to England and the rum rocked back and forth for weeks in the barrels on board the ship. They offer a complete selection of rum. They offer the Silver, Eclipse, Black Label, XO, and 1703 Old Cask Selection. We bought a bottle of the Silver to make mojitos when we got back to California, and a bottle of the XO for sipping. Surprisingly, sipping Rum is not much different than whiskey, or bourbon. 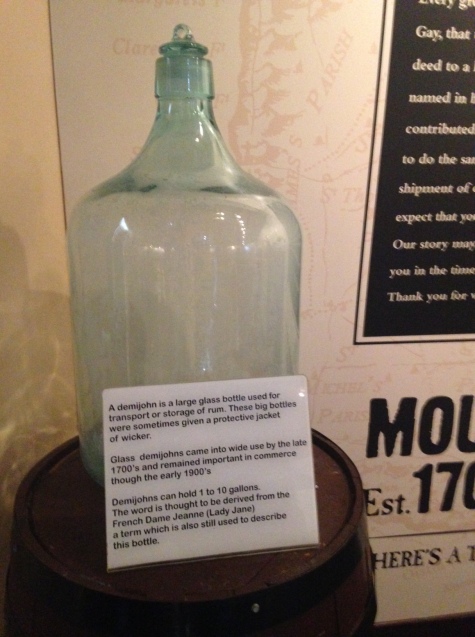 After the tour we got a table on the patio and had a wonderful Mt Gay Silver Rum mojito. They were cooking french fries and they smelled great and I can tell you they were great with a mojito. All the food looked really good but we were not hungry.  The Interactive Cocktail Tour took place in the bar right next to us and out on the patio, so we watched it for a bit while we sipped our mojitos. The class looked like a lot of fun and after watching it I would recommend it. 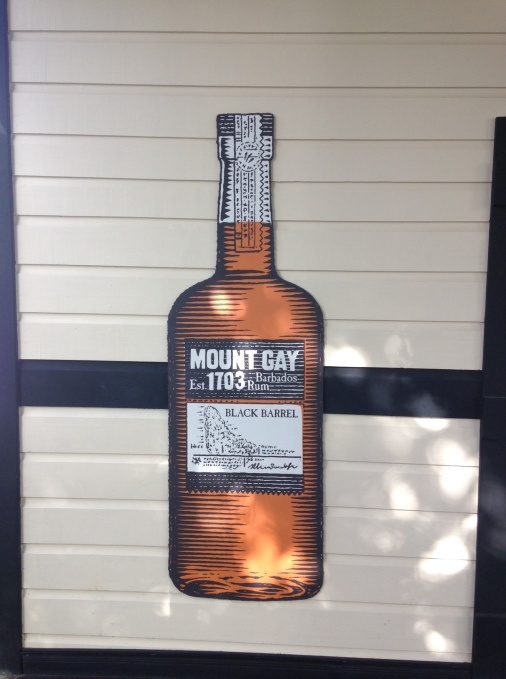 A little bit about Mount Gay rum, which I knew nothing about before our visit (mostly pulled from their website)… The Mount Gay Rum story begins in 1703. George Washington spent 6 weeks in Barbados when he was 19 years old. He visited some of the Rum Distilleries and no doubt probably visited Mt Gay. Rum, originally called “Kill-Devil” by the Barbadians who first distilled it, is truly a product of the island with their abundance of molasses combined with their thirst for alcohol lead to this unique discovery in the production of spirits. Sir John Gay was a respected leader and businessman who worked tirelessly in service of the island of Barbados. A friend of Sir John Gay’s, John Sober, inherited a then-unknown distillery and had asked for Sir John’s help in managing it. Sir John Gay took quickly to the business of making rum. He refined the distillation process and began producing a noticeably superior product that we know today as Mount Gay Rum.

Sailing vessels carried exotic trade from the colonies and introduced Caribbean flavors to Europe and the Americas. This period of shipping was an important part of Mount Gay’s Heritage. The Mount Gay Rum Red Cap is a symbol of accomplishment in the sailing community. It can only be worn by sailors who have raced in a Mount Gay sponsored regatta where, upon completion of the course, they are awarded the cap. You can’t buy one in the gift shop, you have to earn it. 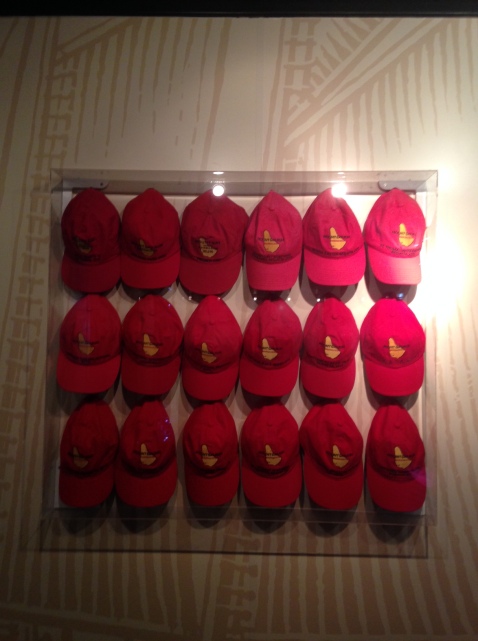 I have never really been a rum drinker and enjoyed my re-introduction to the spirit. I enjoyed our time in Barbados and learning about rum. I will be drinking more rum in the future. 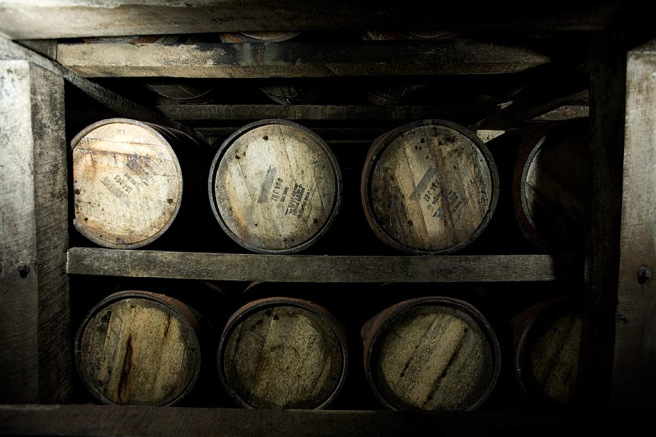 This debate will go as long as there are whiskey aficionados in the room. I believe it takes its name from Bourbon County, located in central Kentucky. There are those who think it comes from Bourbon Street in New Orleans. It’s all in whom, or what, you want to believe.

Bourbon County was formed from Fayette County in 1785 which was still a part of Virginia. It was named to honor the French Royal Family (Kentucky was once part of Virginia – another nugget of information you may not have remembered from grade school). Many cities, counties, streets, and places in Kentucky are named for the French. They love the Fleur de Lis as much as New Orleans.

Bourbon County was the major shipping point for distilled spirits heading down the Ohio and Mississippi Rivers to New Orleans. Barrels shipped from its ports were stamped with the county’s name. The story I heard when we toured Old Pogue Distillery was when they got to New Orleans the fine folks there liked the whiskey a little better that had “Bourbon” stamped on the end of the barrels. Kentucky whiskey soon became Bourbon.

Another interesting nugget of this whole shipping on the lazy river is the rocking of the barrels on the trip and the length of the voyage. As the barrels rock they give the bourbon a chance to spend more time mixing with the oak char. When we toured the Rum Distilleries in Barbados last week they talked about how the long sea voyage to England did such a great job of aging the Rum. They would ship off barrels of clear rum and by the time it got to the Mother Land it was an amber color and smooth. This story may sound a little familiar. Jefferson’s Bourbon is making bourbon they call “Ocean Aged” (read my review from February here). Trey Zoeller, Master Blender at Jefferson Bourbon, had an idea to try it and it’s a fantastic bourbon.

It was not the case many years ago, but today most bourbon barrels have a second life in England, Scotland, Ireland, and the Caribbean, to be used with another distilled spirit. By law you can only use a bourbon barrel once. Here is the final lesson for today. What makes it Bourbon?

It all boils down to 3 rules to make it a bourbon. To use that term on the bottle the bourbon must:

Enjoy the ride whether it is across the ocean, down the river, or to your local store to pick up a bottle “of that Bourbon Whiskey.”