Lynn and I just got back from a fun weekend on the Bourbon Trail and I’m going to spend the next couple weeks sharing all our tips and suggestions from the trip. We had a great time! But hit a big snag – the weather.

The Bourbon Trail in January would normally not be a huge challenge. We flew into Nashville because we needed to tour Corsair and MB Roland to complete our Craft Bourbon Trail passport to get our Julep Cups. When we arrived in Nashville it was in the 60’s and people were walking around in T Shirts. But that didn’t last long. When we got up the next morning it was starting to snow (the news predicted 6 inches so everything was closing) as we headed to MB Roland. Lynn got on the phone knowing they may not open. MB Rolland was not opening but Corsair said to come on over to Bowling Green!

Corsair Distillery was named for the privateer or pirate Corsairs. They are a smaller private distillery that does things in a different way.   They make a lot innovative and adventurous spirits, they experiment with new methods, ingredients, and are privateers. With the weather the way it was we got a private tour and met Aaron Marcum, the Head Distiller.

They were bottling while we were there. We got to ask Aaron a lot of questions and after the tour Steve the Assistant Distiller did our tasting. There are so many different spirits to choose your 7 tastings from you will be there quite a while.

**That is my first tip on planning your Bourbon Trail trip. Leave time in your schedule to linger at your tastings, ask questions, take pictures, and shop. You will immediately notice how friendly everyone is and how many times you end up in great conversations with the employees.

We bought a bottle of Ryemageddon and finished up at Corsair. And, luckily, the Kentucky Bourbon Trail folks still gave us our Julep Cups even though we didn’t make it to MB Roland!

We then scraped some ice off the car headed toward Heaven Hill, Maker’s Mark or Wild Turkey. It was a trek from where we were, especially considering the weather, and we knew they might be closed. As we got closer we realized EVERYONE was probably closed. We drove to Wild Turkey as they had nothing posted on Facebook only to arrive to be the only ones there. 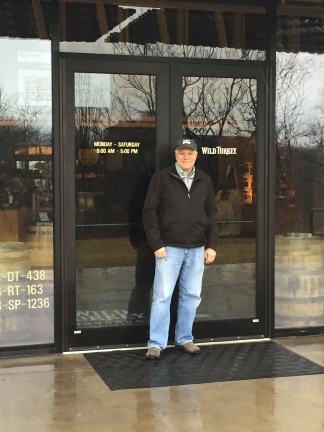 We took one last stab and went to Bluegrass Distillery since it was in Lexington and not on a country road. They were open and were gracious enough to give us a tour before they left for the day. They are very small which makes for an intimate tour.

The next morning we awoke to another 3 inches of snow on the car. We checked the Bourbon Trail online and Town Branch was open.

We had been there before but wanted to see it again. They have a beautiful facility. And despite the weather there was a big crowd. We did some tasting and bought a few bottles. Lynn loved the “Bluegrass Sundown.” It is a dark roasted coffee infused with Kentucky bourbon and sugar. We also bought a bottle off their Town Branch Bourbon with the Christmas labeling. We will hold on to it and to serve next Christmas. 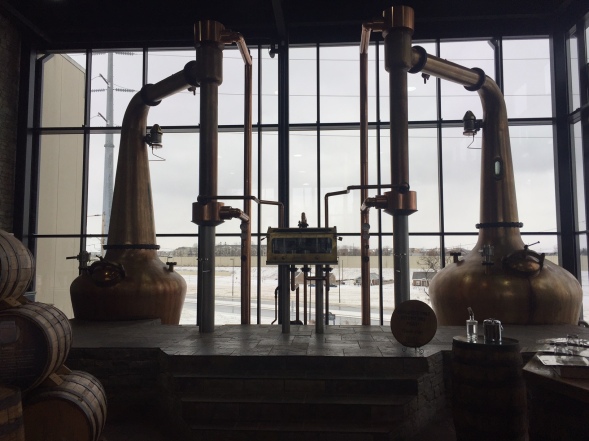 From Town Branch it was a short 5 minutes to  Barrel House Distilling Co. It’s one of the founding members of the Kentucky Bourbon Trail Craft Tour and features many unique products to sample.

Barrel House, true to its name, is housed in the former barreling house of the James E. Pepper distilling complex, a bourbon distillery which operated from 1879-1958. They also have a new bar with a fireplace in it – a very inviting environment on a cold day.

Up next – Day 3 in Louisville, which could be more than 1 blog in itself. The restoration of Whiskey Row in Louisville has been a true renaissance.

Well, I didn’t tell you ahead of time because time got away from me, but I’m telling you now – Lynn and I are on the Bourbon Trail right now. We flew into Nashville yesterday and today are making our way through Lexington and on to Louisville, where we’ll stay the night. Our agenda is loose but here’s a quick rundown of what we’re planning to do:

You can read about my first trip to the Bourbon Trail here!