A great adventure for spring is hitting the Kentucky Bourbon Trail.  Lynn and I did the Bourbon Trail in the Fall a few years ago. Kentucky is a big state and you can’t cover it all in a day, or even two. Before hitting the road, you definitely want to have a plan of attack to see the distilleries you want to tour.

But first, if you are going to earn the official Bourbon Trail t-shirt or Julep Cup, you need to decide which trail you will follow. “Which trail?” you say. Yes! There are 3 trails: The Bourbon Trail (mostly the big distilleries you’ve heard of), the Craft Bourbon Tour (smaller distilleries) and the Urban Bourbon Trail (Louisville’s distilleries). All 3 are unique and offer different experiences, and can also be mixed and matched together.

Lynn and I drove to Kentucky after visiting our daughter in Richmond, Virginia – so that kind of determined where we began. If flying in, your could start in Lexington and end in Louisville, or vice versa.

We started at “Old Pogue” without reservations. It was during sequestration and while we had planned to drive the Blue Ridge Parkway through Shenandoah National Park, we were shut out, so we went on to Maysville, Kentucky. We showed up at Old Pogue for the first tour of the day. We knocked on the door and when John Pogue opened the door we said we were there for the first tour. John said, “I didn’t know I had a tour this morning,” and we said, “You do now.” It was just the 3 of us.   What a great way to start the week.

Old Pogue is a great little Craft Distillery. Founded in 1876, it closed after prohibition and was re-opened by 5th and 6th generation Pogues. They even bought back the old antebellum home of the family which sits next to small distillery. 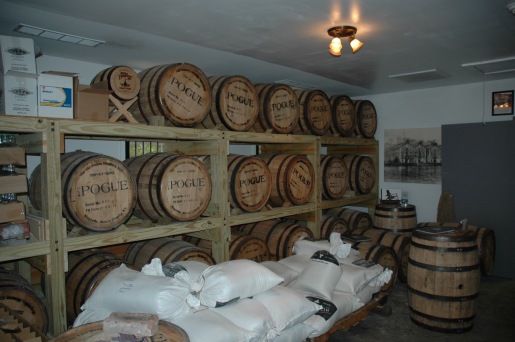 We then continued on to Town Branch 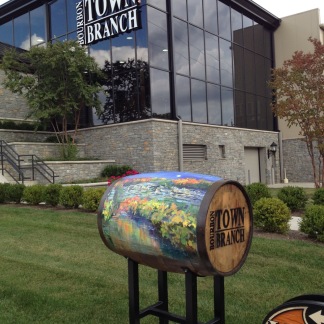 And then it was on to the rest of the distilleries on the Bourbon Trail passport. Although they are big they are all different. Lynn had read about the “Corn to Cork” tour at Woodford Reserve. It was a great education and they do very small groups. Its more expensive and you have to book in advance but well worth it. We sampled some bourbon right out of the barrel at Woodford Reserve. Lynn also got to fill a barrel at Jim Beam, and while there also filled her own bottle of Knob Creek. Along the Bourbon Trail, we also visited Wild Turkey, Four Roses, and Evan Williams. 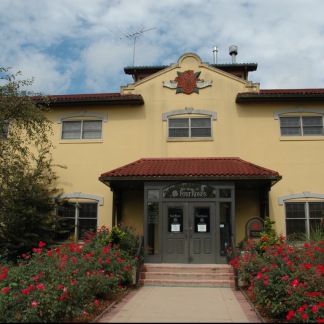 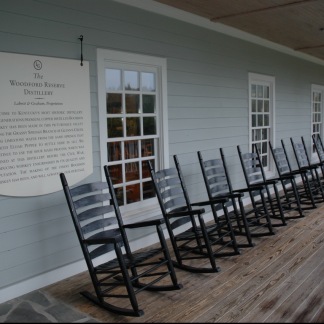 The Craft Tour gives you the chance to see things even more up close and have a more intimate experience. We haven’t completed that passport yet, but did a lot of it. I will write about the Old Pogue experience later. It deserves a whole blog.Willett Distillery was another great experience and well worth the stop.Limestone Branch also offered another unique experience.

We also visited many others that technically aren’t part of the branded “Bourbon Trail.”  Makers Mark is another incredible experience and tucked into this beautiful valley. Another “must see” is Buffalo Trace – purveyors of Pappy Van Winkle, E.H. Taylor, Blanton’s, Stagg, and a number of other great bourbons. 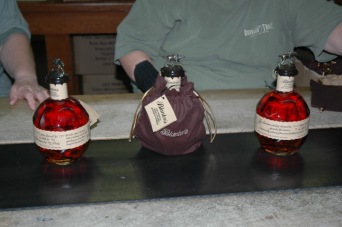 The Urban Bourbon Trail is a bar hopping experience that allows you to experience all that great bourbon you have been tasting and reading about all week. When you combine that with the food in Louisville it’s an evening you will not forget.

We ended our trip in Louisvile, and stayed the night at the Seelbach Hotel, a great old historic hotel. While we were in Louisville, we stopped by the Brown Hotel for a Hot Brown – a must do in Louisville!

Feel free to leave a comment below if you’re planning your Bourbon Trail visit and are looking for additional suggestions on your trip!