While sitting at the bar at the Berkshire Room, I had a nice conversation with a few locals who told told me I had to go to the Untitled Super Club before I left town – a self-described “Contemporary revival of a Prohibition-era Chicago Supper Club” combining fine dining with a classic social club-feel complete with live music and Cabaret-style entertainment.

The club has a very nondescript entrance, as you might guess. Once inside the door are stairs down to the basement. Behind the stairs is a big glass case filled with whiskey bottles.

Once downstairs I was bombarded with the ambiance of the surroundings –  comfortable lounging areas and fun art. On each side of the stairway are two large bars with a spectacular display of whiskies. They claim to have one of the largest collections available. I cannot dispute that fact.

What made the experience even greater was the hospitality of the bartenders. Mick, who asked what I would like, greeted me. I judge a bar by their cocktails and I usually start with an Old Fashioned. Mick was a terrific bartender. He was attentive, knowledgeable and knew his whiskey.

We started talking about what kind of bourbons I liked and I had tried. He suggested I try the Garrison Brothers Single Barrel. It was quite good. I still have not figured out the nose but I said burlap, Mick said top of the rick house.

We then we moved on to a discussion of Japanese Whiskey. I said the ones I had tried did not impress but I knew they were not the best. He suggested the Yamazaki 12 year-old Single Malt. Once again, he hit it right on. I would try this again and I am not a single malt person. 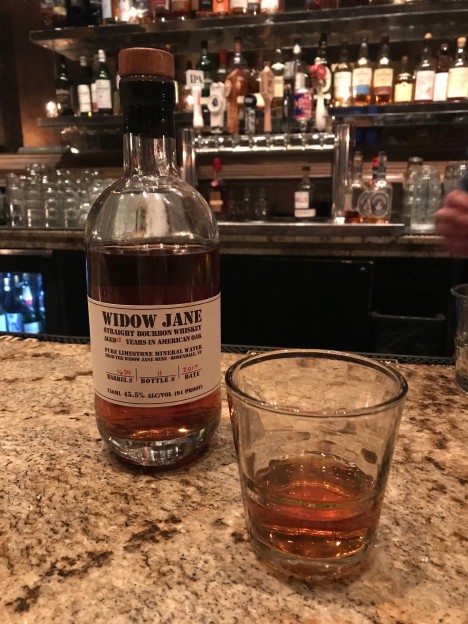 The last one I tried was Widow Jane from New York. Another great selection and bourbon. I will add a bottle to my bar. 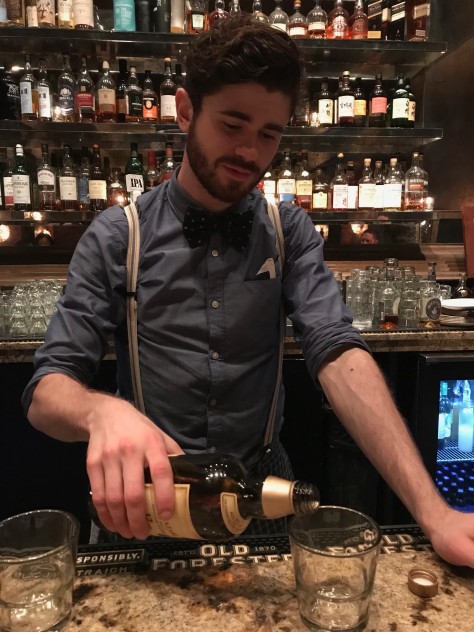 We ended the night when Mick brought out the Cynar for those left at the bar. Cynar is an artichoke based bittersweet liqueur known for its distinctive flavor. Its taste is enriched by an infusion of 13 herbs and plants. The name of the drink derives from Cynar scolymus, the botanical name for artichoke. Try it sometime; it’s very appealing.

The Untitled Supper Club is definitely worth a stop when visiting Chicago. I’m looking forward to visiting again when I’m in town next.