I am often asked by friends and readers, is it worth it? That bottle of bourbon or whiskey you saw at your favorite liquor store or online, read about in a magazine, or is featured at a favorite restaurant. My daughter recently emailed about a lottery being held for 10 bottles of a special release bourbon. I get a call, email, or text with that question every week.

It’s a very hard question to answer as value is, generally, in the eyes of the beholder. What is a bourbon or whiskey worth? Like anything else you would buy, sell, or collect, it’s worth what someone will pay for it. The market for bourbon the last five years has been very volatile and we have seen huge increases in the aftermarket prices of the hard to find bourbons. So, there really is no easy answer to the question.

Fall is the time of year when many of the distilleries release their special bourbons. Buffalo Trace releases their Antique Collection of bourbons and rye in the fall. Anyone who has pursued a bottle of Pappy Van Winkle knows everyone has been maneuvering with their local store for the bottle of Pappy that Buffalo Trace will release in October or November without paying a huge resale markup. Other distilleries have released, and are releasing, special bourbons during this time period. Fall is early Christmas for the drinkers and collectors of hard to find whiskey. You’ll start seeing a lot of articles, lotteries, and information about getting a bottle of these releases.

My suggestion, as I have said before is, “have a guy” who you know and trust to give you a valid review of the whiskey you are thinking of buying. I have mentioned before I talk with Ryan at Hi-Time Wine Cellars near our house. Find the specialist at the stores where you shop. Many Total Wine stores in Southern California have a whiskey specialist at their stores. 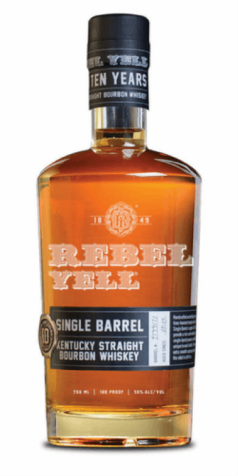 Rebel Yell, which used to be famous for the fact you could not get it above the Mason Dixon Line, released a bottle of 10-year-old bourbon earlier this year. Ryan at High Times Wine keeps me up on the new releases they receive and suggested I try it. Based on Rebel Yell I had tried recently I was skeptical. That is why, “have a guy.” Ryan said it was good, and that I might want an extra bottle to stick in the closet or under the bed. Well, he was right, it was rated in the recent Whisky Advocate Magazine at 92 points making it one of the highest rated bourbons in the Fall 2017 issue. I have not tried it yet but those who have said, it’s worth it at $47.99-69.99 depending upon where you find it. The low being Total Wine and the high being the Idaho State Liquor Stores (but when I looked recently I could not find any available at Total Wine). 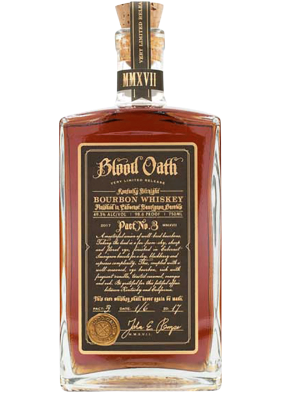 My friend Joey and I were recently looking for Blood Oath Pact No. 3. Most of the stores in California we had shopped were out of it. I found it at the Virginia ABC stores while there for our first grandchild’s birth. In Virginia it was going for $139.99. I asked how many bottles they had and decided I should do some research. After looking online a couple of times I found a Total Wine store not far from our house that had it for $99.99. Moral of the story – shop around if you’re in pursuit of a special bottle.

This brings up another great point. If you are linked into Caskers, and some of the other online purveyors of top rated liquor and wine sometimes you will find good deals, and if you watch carefully you may get free shipping.

When stocking your bar, look for reviews and ratings on line, read the magazines, “have a guy,” and shop around and do your research before you buy.

One thought on “Is it worth it?”