Bourbon Bill is now Grandpa Bourbon Bill, too! Our daughter had a beautiful baby boy on August 15th. He caught us all by surprise as he wasn’t due until September 4th. Everyone has been busy spoiling him at a very early age.

I hope you all missed my blogs as much as I missed writing them. Family comes first and it was a fun 2 weeks! While back in Virginia I had time to think about famous grandpa’s in bourbon history. There are a lot of brands with the word “Old” in them. I don’t think they were thinking of me; I may be a grandad, but I don’t feel OLD.

We all know the “Old Grand-Dad” brand which was first bottled in 1882. Old Grand-Dad was a distiller named Basil Hayden who made his name by distilling a bourbon whiskey made with a higher percentage of rye. Basil Hayden passed along the art of distilling to his son and then, in turn, to his grandson. It was the third generation distiller, Colonel R.B. Hayden, who honored his grandfather by naming his justly famed whiskey “Old Grand-Dad.” His portrait of on the front of each bottle. The Old Grandad brand is now owned and produced by Beam Suntory.

During Prohibition, Old Grand-Dad was produced by a pharmaceutical company, the American Medicinal Spirits Co., and was one of the few distilled spirits permitted to be prescribed as medicine. Old-Grand-Dad is experiencing a resurgence today among younger consumers rediscovering vintage bourbons. 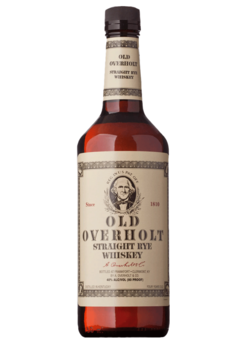 Abraham Overholt (1784 – 1870) was one of the fathers of American distilling and he took uncompromising pride in this product. When it came to making his whiskey, Abraham Overholt lived by three hard and fast standards – work hard, stand fast, and don’t waver. These three standards were the basis upon which he built Old Overholt, and they continue to be followed to this day. This is another Beam Suntory Brand.

When we toured the Old Pogue distillery a few years ago we got such a sense of family and heritage from John Pogue who gave us the tour. Not only did he give us the distillery tour but he showed us the family antebellum home that overlooks the Ohio River. You could sense his pride in being a descendant of the Pogue family. Today the fifth and sixth generation of Pogue’s, direct descendants of H.E. Pogue I, II, and III, including H.E. Pogue IV and H.E. Pogue V, are using the same recipes as their fathers, grandfathers, and great grandfathers. 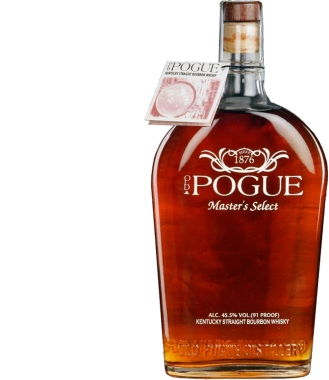 I will enjoy a celebratory sip of my Pappy Van Winkle to toast our newest family member now that I am back home. Whiskey is a business of heritage and the passing down of history, formula’s, methods and skills. That sounds a little like being a father, Grandfather, or Great Grandfather. I just joined the club! This to dedicated to all those Grandfathers’s and Grandmother’s out there as they celebrate life.